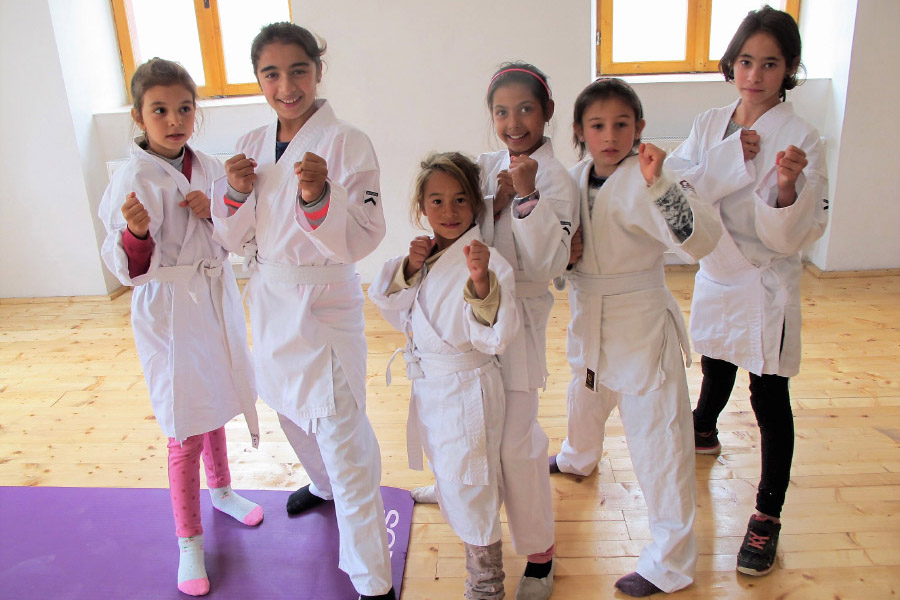 Implementation by an external expert

In the Roma culture, the ELIJAH employees are confronted with authoritarian, patriarchal family structures. Then there is poverty and a low level of education. In this climate, women and children are not valued and are often exposed to violence and abuse.

ELIJAH offers children and young people protected spaces. The child protection team, led by our colleague Antoaneta Ghisoiu, strengthens young people and helps them to defend themselves against violence and attacks, but also to stand up for others.

Regular supervision within the ELIJAH team and workshops with external experts to raise awareness among employees and parents are organized.

The ELIJAH framework for action is formed not only by the national Romanian child and youth protection laws, but also by international human rights agreements: in particular the UN Convention on the Rights of the Child and the Hague Convention on the Protection of Children. In addition, we have developed our own ELIJAH child protection guideline, which is based on the international child protection standards of Keeping Children Safe (www.keepingchildrensafe.org.uk) was co-developed by the ECPAT Austria working group.

Responsible for the development of the ELIJAH child protection guideline as well as the implementation of the project in the entire organization is the German Dipl.-Psych. Barbara Zenkert B.A. The expert has many years of experience in working with traumatized patients and accompanies the ELIJAH employees in an advisory capacity through workshops and training.

"Child protection has come into focus worldwide for institutions that work with young people. From the beginning, ELIJAH has developed a culture of protection and security for children and formulated guidelines for them the association feels obliged with all employees, volunteers and visitors. ELIJAH would like to offer the children and young people protected spaces and create conditions that are as free as possible from psychological, physical and emotional violence. Our attitude is reflected in the "Child Protection Policy", the assessment of risky situations, the participation and communication of the wards, the emergency plan, further training. In addition, a child protection team was formed from employees.

I am aware that the efforts we are striving for according to the program are far from affecting or even solving people's problems. But it is an approach for a non-violent and fair interaction between people, which is gradually understood and lived by our employees and which can be transferred to you children and families. They learn to resolve conflicts and to defend themselves when they are mistreated. You become vigilant when wrong is done. You stand up for others. "