Going into the future with music

The seed is sown

Emil is a 17-year-old student of our music school. He lives together with his father and his brother in a house with a room and a kitchen with wood heating in Nou. His mother died in 2003 when Emil was two years old. The relationship between the two brothers and their father is good, the family members help and support each other. The family income is very low and consists of the child benefit and the father’s daily income from work. The money is not enough to support the family. Despite all financial difficulties Emil attends school regularly, he is in the 10th grade. He works hard and does his best to do his school work.

For about two years he has been learning accordion in the music school. The introverted boy without many friends is now part of a community in his accordion class at Casa Thomas. He is neither the smartest nor the most talented student, but he is definitely one of the most industrious. After months of hard work and many hours of practice, he is now the head of his accordion group. Last year he led the ELIJAH accordion ensemble that performed at the Polish Salzmine Festival. He is a responsible, mature young man and a role model for his younger colleagues, whom he always takes care of.

The music was the impetus for his change. Today Emil dares to do more, he is more communicative and has very good school results. He can manage to leave poverty behind him. 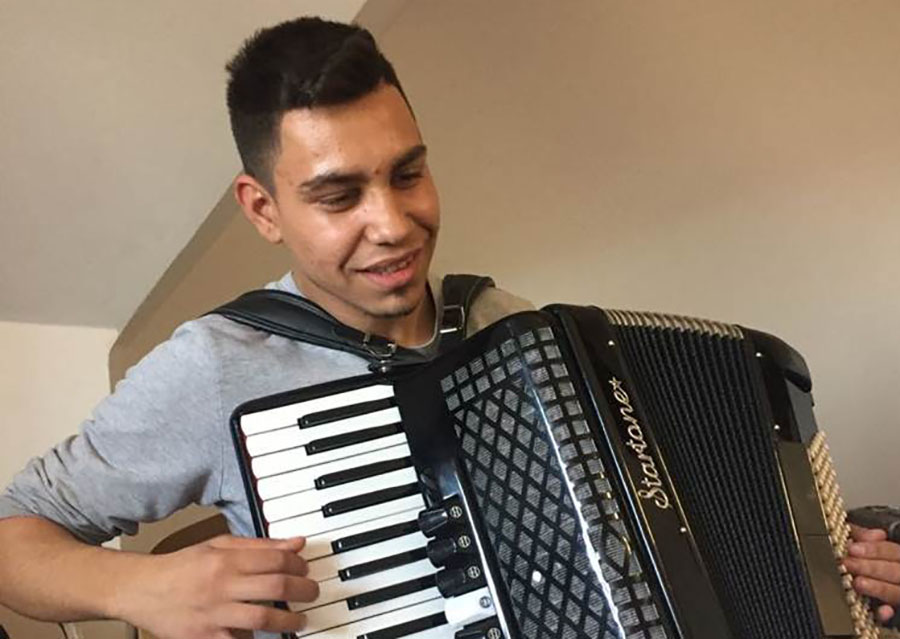