Ruth Zenkert was born in 1962 in the city of Schwäbisch Hall in a family of five children. After she took A levels, she started to study programming. In 1984, she met Father Georg Sporschill SJ in a theology school in Israel. An encounter which changed their life: she worked with him as volunteer in the house for young people of the organization Caritas in Vienna. In the same time, she started to study theory of religious education, and finished in 1988.

From 1988 to 1993, Ruth Zenkert assumed the leading of the house for young people of the organization Caritas in Vienna until her way leaded her to Romania. Father Georg Sporschill SJ narrates, from this time: “When we had to call the police because the inmates were breaking the door – some of them were dangerous criminals – Ruth went downstairs and, alone, thanks to the silent strength of her personality, persuaded the lads to let their weapons down: guns, flick knifes, knuckledusters.”

Alongside Father Georg Sporschill SJ, she built the foundations of the social projects CONCORDIA in Romania and gathered from the street thousands of children and teenagers without refuge. Under her leading, CONCORDIA expanded its activity, helping orphans, teenagers of nobody and old necessitous in the Republic of Moldova as well as in Bulgaria. “We go to where the need is greatest.” that is the principle which brought Ruth Zenkert to Transylvania, where in 2012, she started to work. Together with Father Georg Sporschill SJ, she founded in Hosman the organization ELIJAH. The goal of the organization is to help families which have a lot of children to be rescued from poverty with their abilities, in order to break the vicious circle of poverty. Firstly Ruth Zenkert goes to kids and teenagers, to whom she offers social centers, help to do homeworks, music lessons and workshops in order to let them have other possibilities. Ruth Zenkert lives and works in Hosman, within ELIJAH community. 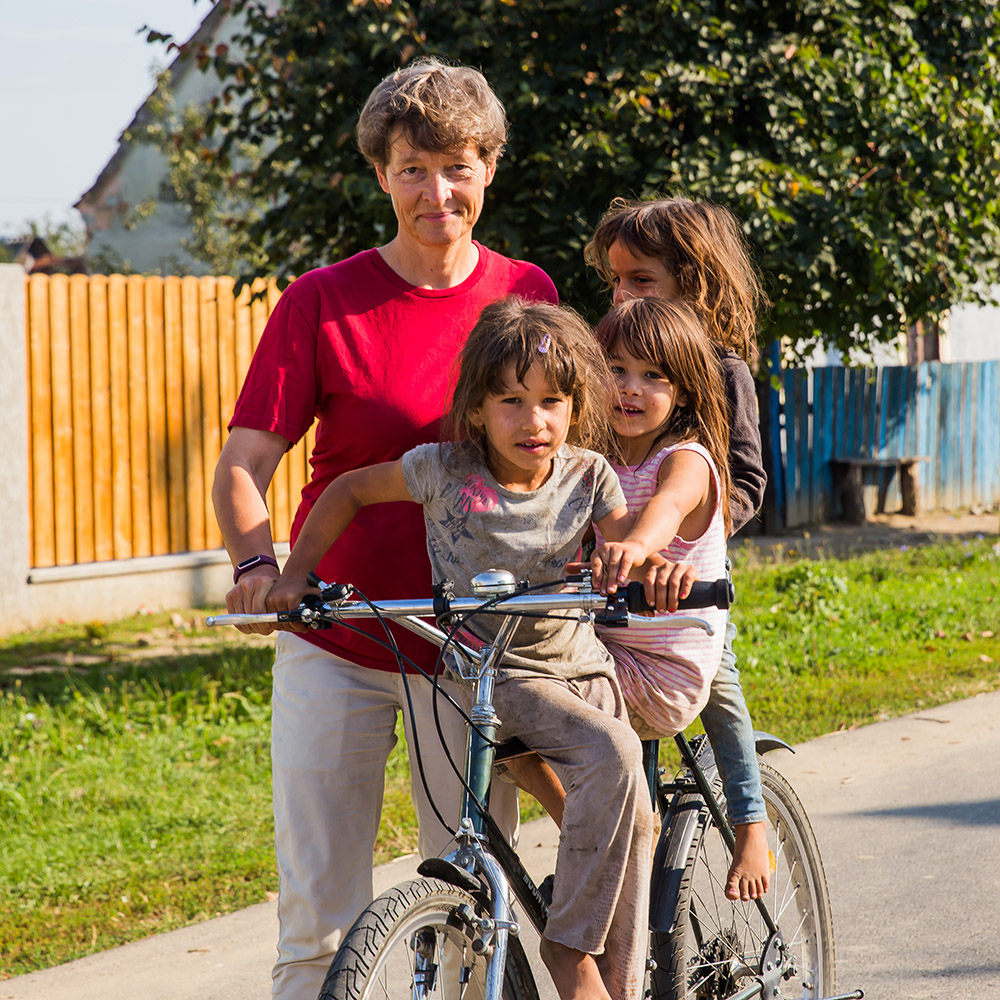