Ethnic group of the Roma 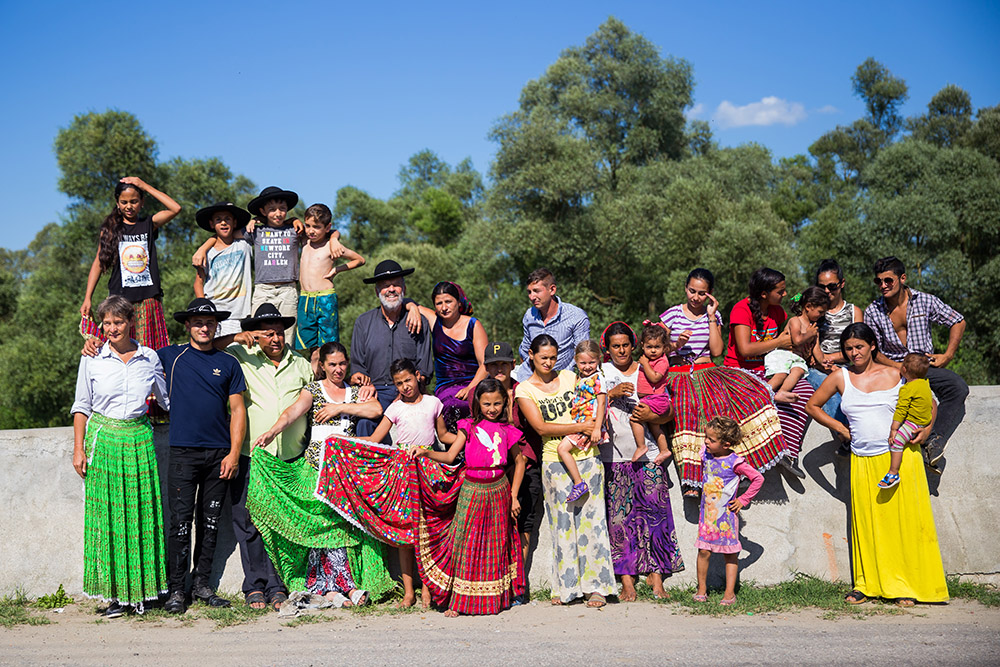 Roma are the largest ethnic minority in South Eastern Europe, living in poverty and exclusion for many generations. Between the 7th and 13th centuries, the ethnic group migrated in several waves via Persia, Armenia and the Byzantine Empire from the Indian subcontinent to Europe. In Romania Roma were held as slaves in the principalities until the 19th century, while groups living in the former Hungarian areas of Transylvania and Banat were active as independent migrant craftsmen or traders. The traditional craft trades still define the different Roma groups today. There are calderari and corturari (copper and tinsmiths), baiesi (basket makers) and tigani de matasa (musicians and antique dealers).

The communist regime pushed the Roma ethnic group to the margins of society until 1989. At that time they were used as unqualified, cheap labour in factories, mining and road construction and brick production, but without any opportunities for advancement. Attempts to integrate them into society were not made; on the contrary, they were victims of state arbitrariness and, at best, tolerated in purely Roma neighborhoods on the outskirts of large cities. It is difficult for them to recover from the many forms of discrimination and exclusion. Their economic situation has gradually deteriorated since the 1989 coup d'état. High unemployment paired with high birth rates and the exclusion of many people from state benefits has led to an increase in poverty. According to World Bank poverty reports, Roma are one of the most vulnerable groups in Europe and Central Asia. Romania has the highest poverty rate among Roma compared to Hungary and Bulgaria.

A possible social and economic advancement of the younger generation is made impossible by educational deficits and discrimination in the state education system. Reasons for the low educational level of the children are the low appreciation of school education on the part of many parents as well as a fundamental scepticism towards the benefits of educational institutions. Children are mostly used as a labour force in family groups, which is why many Roma children in Romania either do not attend compulsory school at all or leave it without any qualifications. Also in the field of medical care, Roma in Romania are far away from European standards; due to a lack of financial resources and exclusion, they lack access to basic medical care. The discrimination on the part of the state as well as the aversion in Romanian society to the "gypsies" has further consolidated the position as a marginalised group. In social life in Transylvania, there is a clear hierarchy between the Saxons, Romanians and Roma groups.

Today, several thousand Romanian families, most of them Roma, live in once flourishing Transylvanian Saxon villages, only one hour away from Sibiu, formerly Hermannstadt. After 1989, almost all of the Saxons, who have been living in Sibiu for 900 years, emigrated. Many houses are neglected and dilapidated, some Romanian farmers have moved into the houses of the German-speaking Saxons. On the outskirts of the town, poverty-stricken neighbourhoods have formed, where Roma families illegally live in small mud huts in dire need. Everyday life is a struggle for survival.